When Laura Shoun’s students returned last month to Southside High School in Greenville, S.C., the biggest change to her classroom was something they barely noticed. And Shoun is completely fine with that.

Like many teachers, Shoun is used to equipping her students with pencils, paper and other tools of learning, often out of her own pocket. Most of the students in her physics classes live at the poverty level, in single-parent homes. Some have parents in jail or who abuse substances. Some are foster children, live in hotels or are, at times, homeless.

“The last thing they need when they come to school is another challenge,” Shoun said.

Physics is a hands-on kind of subject. Students often work together in teams to build things and solve problems. This requires tables and chairs that can be easily reconfigured in the learning environment.

In Shoun’s classroom, the chairs were a problem.

When Southside High was built 12 years ago, the room was furnished with plastic and metal chairs that had been used in the cafeteria of the old school. At the time, they were in satisfactory condition, but eventually the plastic seats cracked, the metal rivets loosened and the legs weakened and would sometimes give out. The school custodian searched for better chairs at the district warehouse but found no suitable replacements. 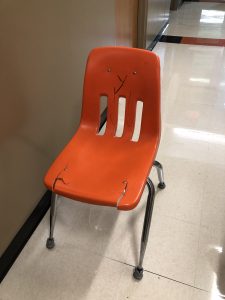 Students had no other option than to sit on the damaged chairs and hope for the best. They began to compete for the “good chairs” when they entered the classroom. Those who weren’t so lucky often ended up with torn or pulled clothing, and some caught their hair in the rivets.

“The chairs impacted the learning environment. The students were uncomfortable,” Shoun said. “If I were a student, I would want a good chair to sit in, too.”

One particularly trying day, Shoun shared her frustration with Pam Davis, a friend from a networking group. Davis, a vice president with Allen Tate Relocation, knew someone who could help.

“Laura is humble, hard-working and doesn’t ask for anything,” Davis said. “But she badly needed chairs for these students.”

Davis approached Allen Tate leaders Martha Hayhurst and Kelly Smith in the company’s Greenville-Downtown office. She was aware of Allen Tate’s company-wide commitment to public education and its annual FUNday fundraiser. But this need was different – more personal and urgent.

“What if we asked our agents to support this teacher, one chair at time?” Smith suggested.

The office created a whiteboard, featuring rows of chairs, that could be “adopted” by agents for $35 each, along with an appeal for help.

“I have a big spot in my heart for public education, and so does Allen Tate,” said Davisson, who helped deliver the chairs to Shoun’s classroom. “Sometimes it’s something as simple as a chair that makes a difference to one teacher or one student.” 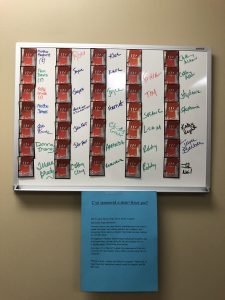 “I was happy to be included in an effort where I can make a difference. I was also a little shocked that children in this school had to use equipment that was dangerous,” Harry said.

Have the new chairs changed things? 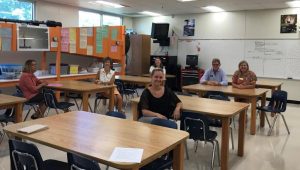 “The students just come in and take a seat. As students, they don’t really notice the chairs. But I know they are sitting taller. Even large students can sit comfortably and do their work. And no time is spent trying to get the right chair,” Shoun said.

“This effort went beyond anything I could have expected. The kind people in the Allen Tate office really care. And because I received new chairs, I was able to share a few of the better, older chairs with one of my colleagues, an art teacher,” Shoun said.

“This is just what our agents and leaders do in the Upstate. All we have to say is ‘We need’ and our incredible folks say ‘Let’s do this’,” Hayhurst said. 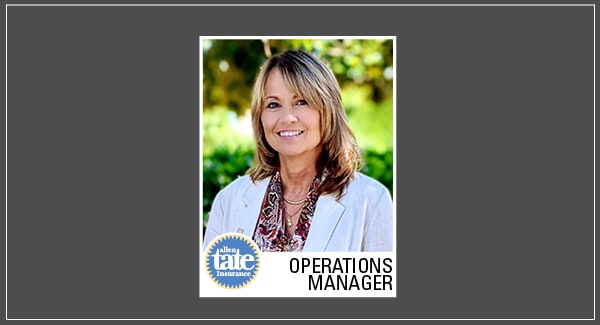 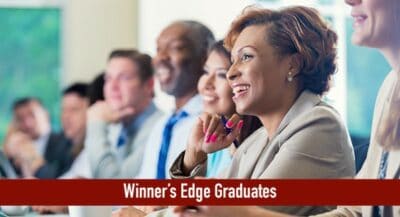 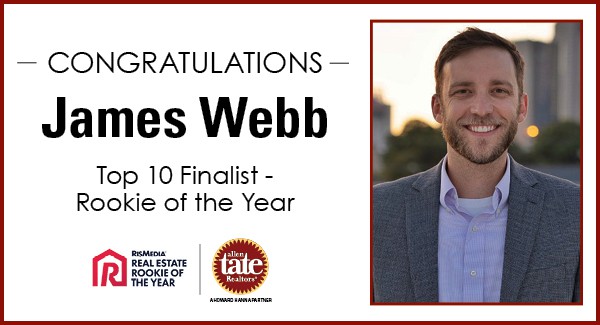